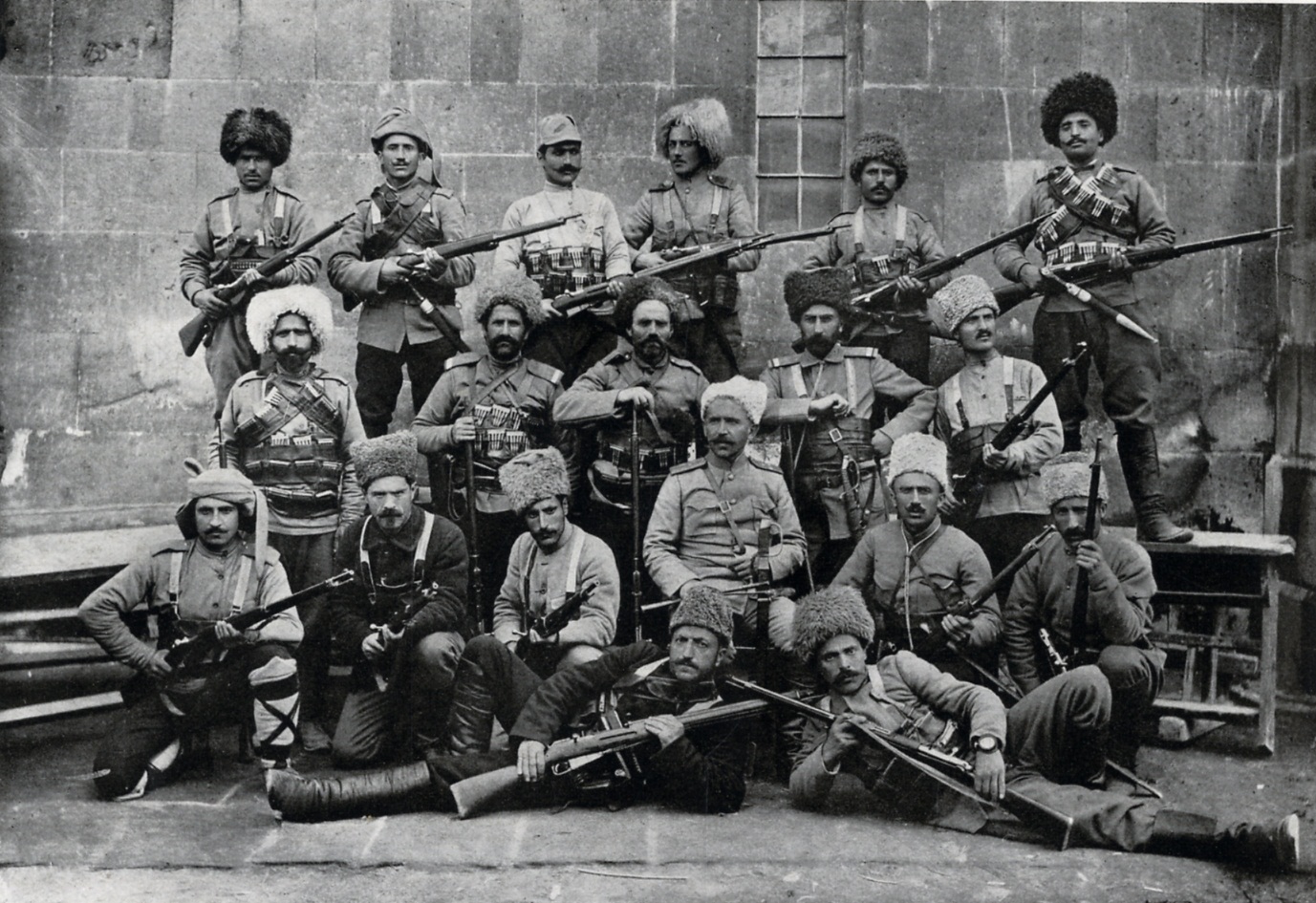 With the help of Russians, Ottoman Armenians took up arms and established the Hunchakian and Dashnak terror organizations.

The crumbling Ottoman Empire opened the arena for Russia, Britain, France, and Austria-Hungary to take to the stage. During this period, Armenians pulled themselves from society to establish themselves as the oppressed community.

It is here that the pieces leading to the events of 1915 begin.
The Russians invaded Eastern Anatolia in 1877, luring the support of the Armenian community with the promise of an Armenian state.

The Armenian Question, in fact, was first mentioned in the Yesilkoy Agreement, formerly known as the Hagia Stephanos Agreement, signed at the end of the Ottoman-Russian war and the subsequent passing of the Berlin Agreement:

"Because the evacuation of the regions in Armenia, which are under the occupation of the Russian Forces and ought to be rendered to Ottoman State, this might cause detrimental chaos in the friendly relations of the two states in these regions. The Ottoman State guarantees, without losing time, the redress and arrangements required for the local interests in these provinces, where the Armenians live, and providing the security of the Armenians towards Kurds and Circassians."

In 1878, the Berlin Agreement, signed at the end of the Berlin Congress, was amended to read as follows:

"The Ottoman State guarantees, without losing time, the redressing and arrangement that are required by the local interests in the provinces, where the Armenians live, and providing peace and security of the Armenians towards Kurds and Circassians. And since it shall notify the concerned states about these precautions, these states shall monitor the implementation of these precautions.”

Although in principle this provision of the agreement did not truly satisfy Armenians who sought complete independence, it is important to note that this event marks the first time the "Armenian question" was recorded in an international document and, as a result, the region called "Armenia" was named. 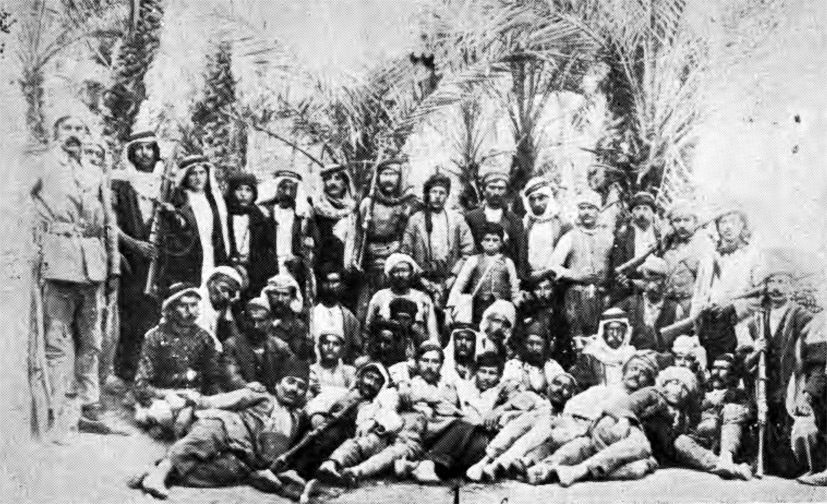 The following provides an overview of the series of Armenian-led revolts that would trigger the Ottoman response during the events of 1915: 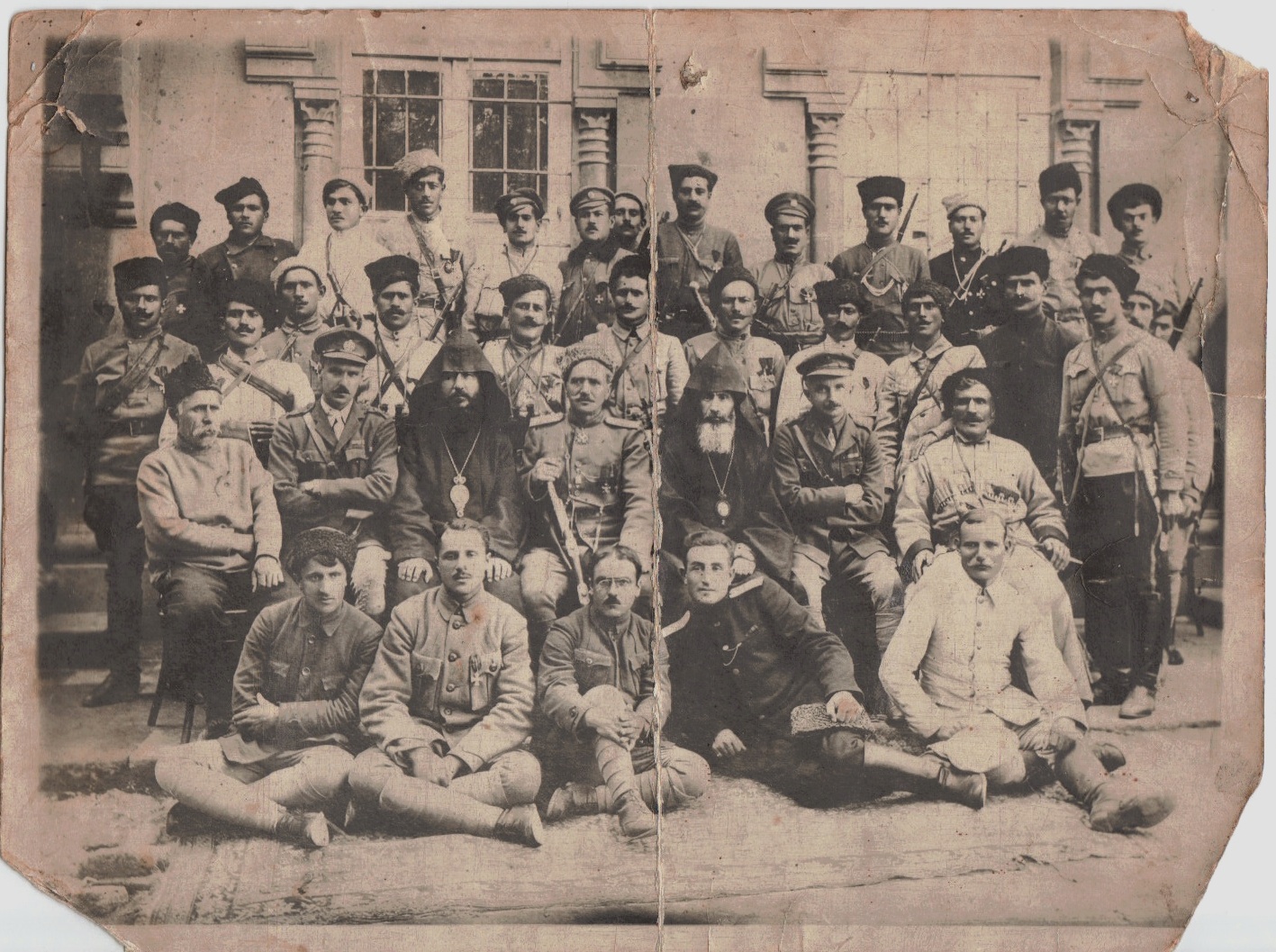 Church and the mission for independence

The Armenian dream of an independent state is traced to ideas propagated by Migirdiç Hirimyan. Born in 1820 in Van, Hirimyan taught at the Aremnian Akdamar Church in 1854. His activities—both within the church and through his newspapers, The Eagle of Van and the Eagle of Mus —provided him the initial platforms to promote his vision for Armenian independence.

By 1869, Hirimyan was elected as the Armenian Patriarch in Istanbul, where he would press for the re-examination of the “Regulation of the Armenian Nation” requesting it be modified according to the needs within the provinces.

His ideas, however, caught heavy criticism, as there were those who believed Hirimyan to be a threat to the unity of the Ottoman Empire. Hirimyan resigned in August 1873, but his platform laid the foundation for the Armenian issue to follow. 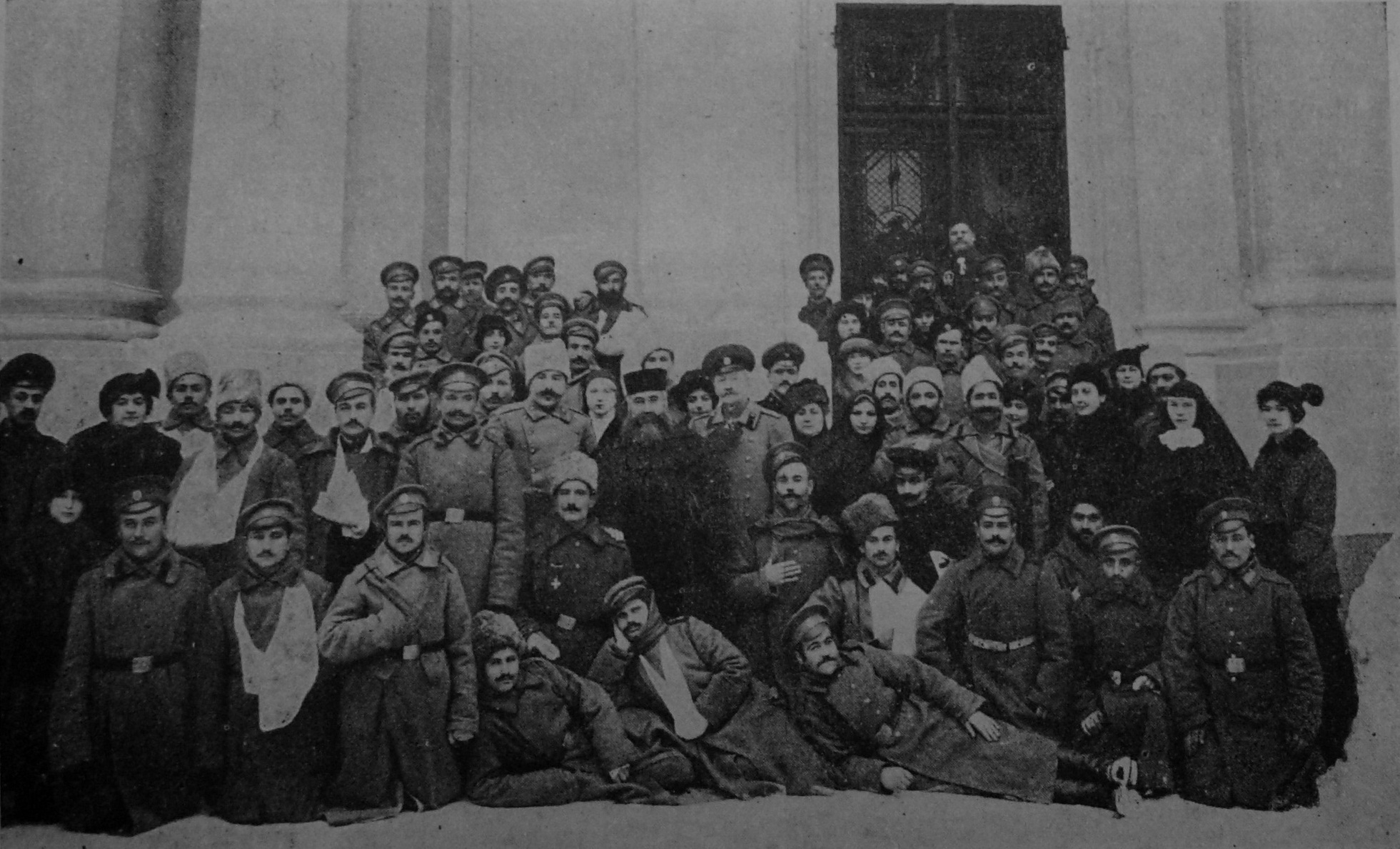 There were two choices for the Armenians prior to the Ottoman-Russian War (1877-1878):

a. Remain loyal to the Ottoman State and the Turkish people
b. Side with the European powers in their intervention of the Ottoman Empire

Following the war, however, the Armenian situation would shift drastically. As detailed in a letter sent by Patriarch Nerses to the British Minister of Foreign Affairs, Lord Salisbury stated on April 13, 1878: 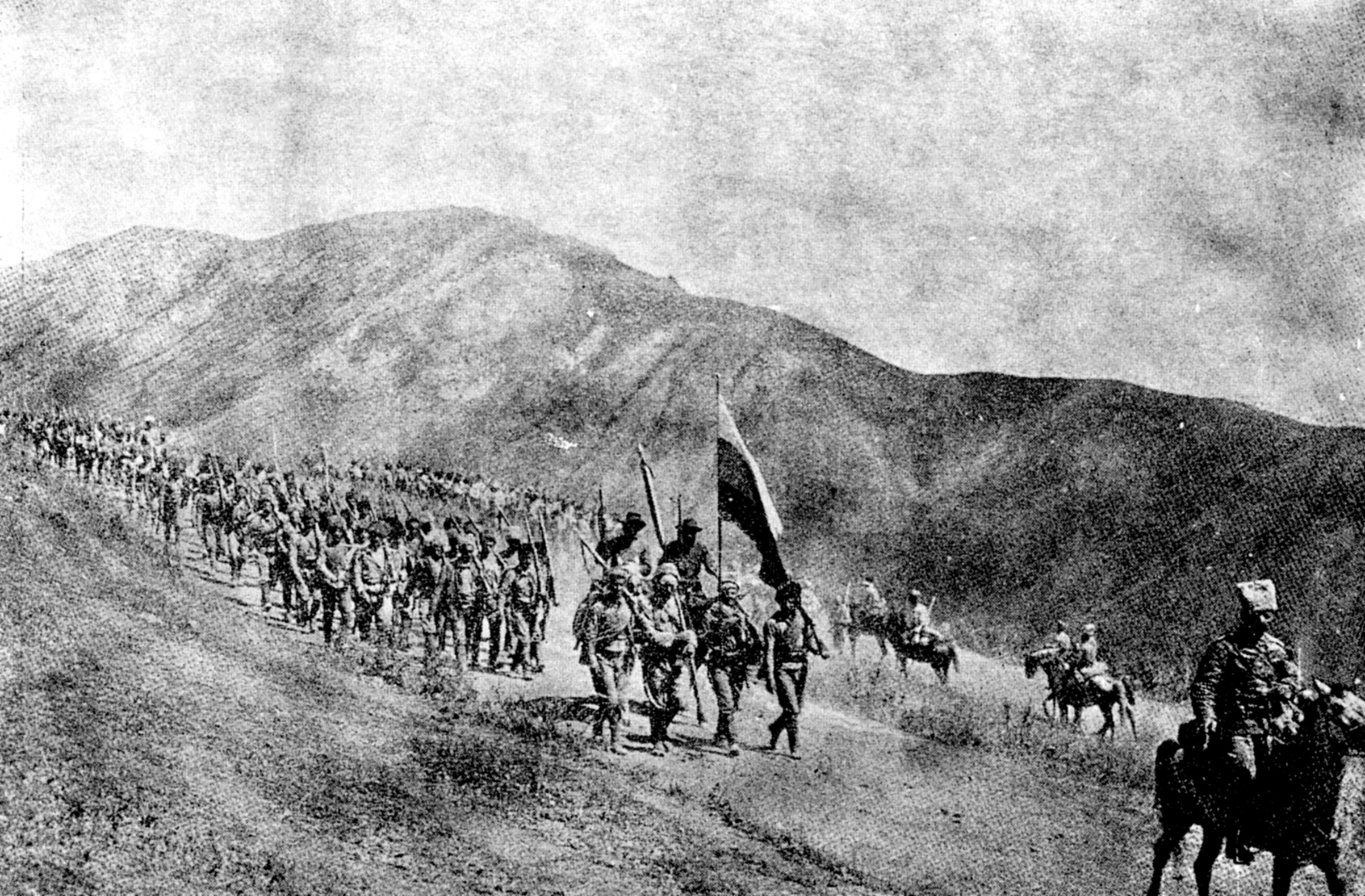 During a visit with the British Ambassador of Foreign Affairs on March 17, 1878, Armenian Patriarch Nerses said:

"A year ago we did not have any problems with the Ottoman administration. However, the Russian victory has changed the situation now. We want an independent Armenia in the East. If you cannot help us, we will apply to the Russians."

When the ambassador asked him what he meant by “Armenia,” the Patriarch responded, “Van, Sivas, Diyarbakir, and Cilicia”. The ambassador said  “Yes; but you do have not the majority in these places.”

The Patriarch replied “We know this. Yet Russia is gaining lands now. The balance of powers between Russia and the Ottoman Empire changed. We have to take our future into account.”


The Ottoman-Russian War ended with a peace agreement on January 31, 1878. It was during these peace negotiations that the Patriarch, among other Armenian and Russian delegation members, pushed for, and successfully added, an article concerning the Armenians. On March 3, 1878, the Ottoman State and Russia signed the Ayastefanos Agreement. Armenia’s inclusion in the agreement’s 16th Article served to coerce the Ottoman Empire into accepting Armenia’s presence as a state. The Armenian question was established as an “Issue of Reforms,” and was meant to be implemented by the Ottoman Empire’s states. This agreement, however, was never put into effect.

Following the agreement, the Archbishop of Besiktas Horen Nar Bey visited Russia, requesting the Tsar’s support in protecting and defending the Ottoman Armenians within the Berlin Congress. A delegation spearheaded by the former Patriarch Hirimyan visited Rome, Vienna, Paris, and London to rally support for what would be known as the Hai Tahd, or Armenian Struggle. The delegation sought to pass seven articles detailing the Armenian demands for the purpose of establishing Armenia in Turkey.

In addition to those activities, Patriarch Nerses Varjabedyan wrote to the President of the Manchester Armenian Committee, Karekin Papazyan, expressing his gratitude for the support of Russia and Britain. In his correspondence, Patriarch Nerses sent the church’s numbers for the Armenian population—statistics that, today, we can accurately cite as factually incorrect.

As described by Nuryaz Çeraz, an interpreter for the Berlin Congress:

The Berlin Congress laid down the foundations of the national structure (The Armenian State)...Europe gave us arms; we have to use them before they rust...We acquired a gold mine through the Berlin Congress. It is our duty to run it and mine the gold”
His comment reflects the Armenians’ intent to take up arms and support the Europeans.
Patriarch Nerses Varjebedyan believed a revolution was necessary. Under the “Reforms Commission,” he and members of the group invited the Armenians to join the revolution, detailing how they could go about doing so.

The concerning activities of the Patriarchate would later be reported to the Minister of Interior:

- The Patriarchate started sending circulars that mention revolution and rebellion preparations to the bishops.

- The Patriarchate fired or killed older bishops who did not obey the rules of the Patriarchate and who were of the opinion that it was in vain for the Armenians to revolt. Younger bishops and priests replaced them.

- The Patriarchate sent secret circulars to the European states, noting that they had the majority in the “Six Provinces.”

- The Patriarchate disseminated propaganda against the Turks to garner sympathy for the Armenians in European press. It framed ordinary crimes as a series of events that constituted genocide. Simply put, the Patriarchate launched a campaign to frame the Turks based on nothing more than mere distortion of the truth.

- The Patriarchate taxed Armenians under the pretense of “relief.” The money funded armed gangs from Russia to Eastern Anatolia. Nerses Varjabedyan died in 1884. The Bishop of Erzurum, Haratyun Vehabedyan replaced him as Patriarch in 1885. Vehabedyan opposed the policies promoted under Migirdiç Hirimyan and Nerses Varjabedyan’s rule, and he believed it useless to lean on Europe to solve the strained Turco-Armenian relations.

A revolt on March 31, 1909 left Istanbul without a government—an opportunity the Armenians quickly latched onto. Under the encouragement of the Armenian Archbishop to Adana and the Hinçak party, the Armenians staged a rebellion on April 14, 1909. The battle lasted 13 days, killing 20,000 Turks and Armenians in Adana. 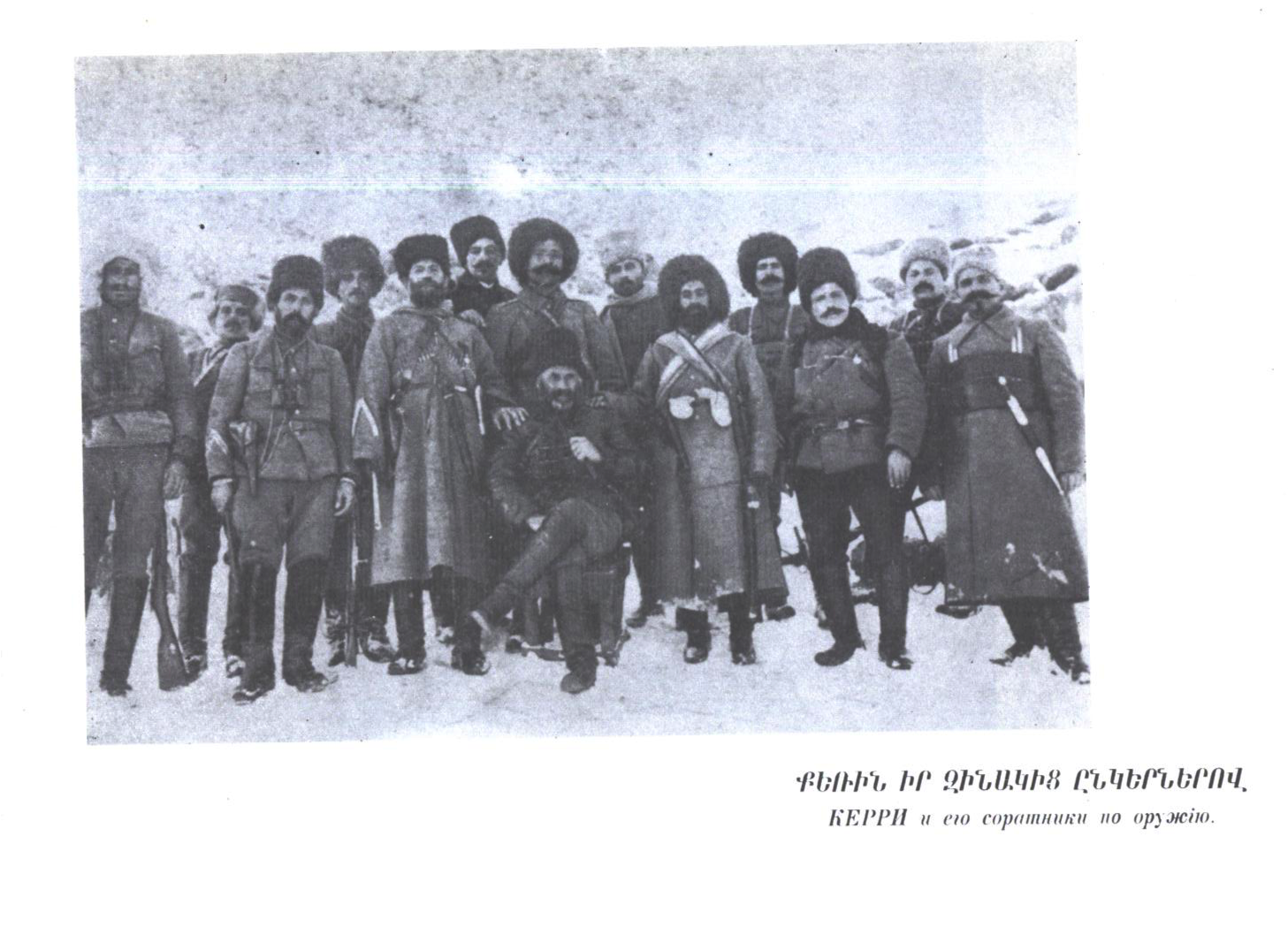 On October 30, 1918, the Armistice of Mondros formally ended the “Middle Eastern theatre” between the Ottoman Empire and the Entente Powers. The Turkish Republic was founded in 1923 and the Lausanne Conference, a meeting to suspend World War I reparations, was held in 1932.

Suddenly, world forces backed down in supporting Armenians, careful not to push Turkey into an area that could only raise concerning issues.
The move raised grave concerns among the Armenian community.

As noted by Dikran Kevorkan, the Chief of the Armenian Church in Kandilli:

Turkey is the only country where the Armenians can preserve their identity freely and strongly. The Armenians, in the Diaspora abroad, change their names before they start their struggles, because in those countries [there is] an assimilation policy.

The Armenians in the Diaspora against Turkey know very well that in some of the churches in America, the sacrifice ceremonies are fulfilled in English.

The Armenians are forgetting their own language. When you say this, you are criticized. Therefore, we, the Armenian citizens of the Republic of Turkey, are expressing our grief.

Why? Because it is unfair to act towards the Kuvay-i Milliye (Power of Nation), commanded by Ataturk. All these are the intrigues of the outsiders, including PKK, ASALA, and this decree. Those are the ruse of the outsiders. We, the citizens in Turkey, are of the opinion that this is unfair. If the Armenians are wise they should not let themselves be used as a tool.”